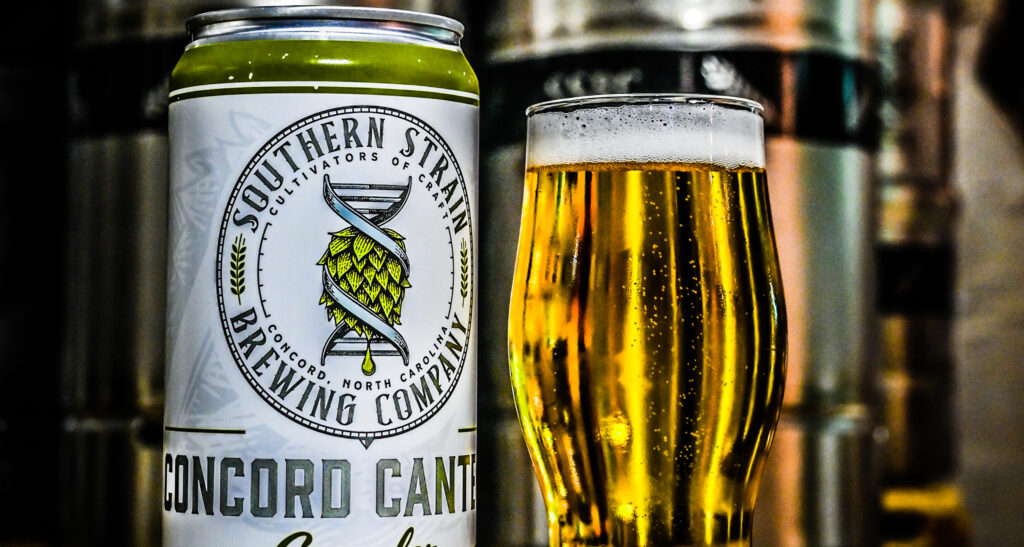 A burgeoning craft beer and cider scene is brewing in Cabarrus County, where master brewers are creating and pouring small-batch beer and cider in taprooms big and small.

Whether you prefer an IPA, sour, stout or cider, one of these 10 local spots has a pint that will quench your thirst. 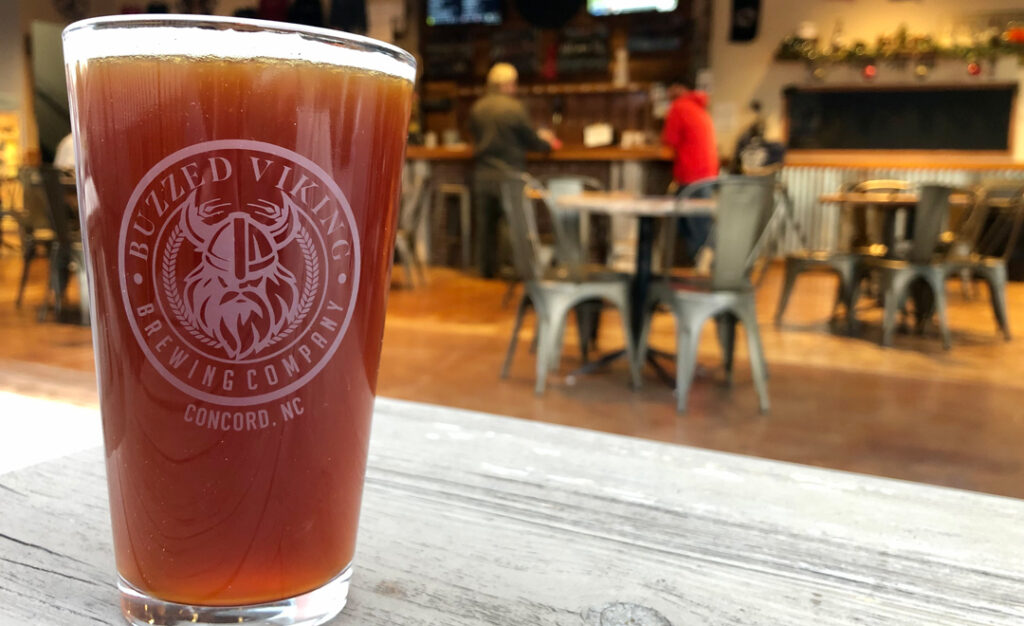 This brewery holds the distinction of being the first combination brewery/meadery in Cabarrus County. The award-winning brewers at Buzzed Viking Brewing Company create IPAs, sours, stouts and ales, as well as hard cider and mead, a sweet wine made with honey sourced from beekeepers in North Carolina and beyond. Pair your beverage with small and/or big bites from the Buzzed Viking food menu. 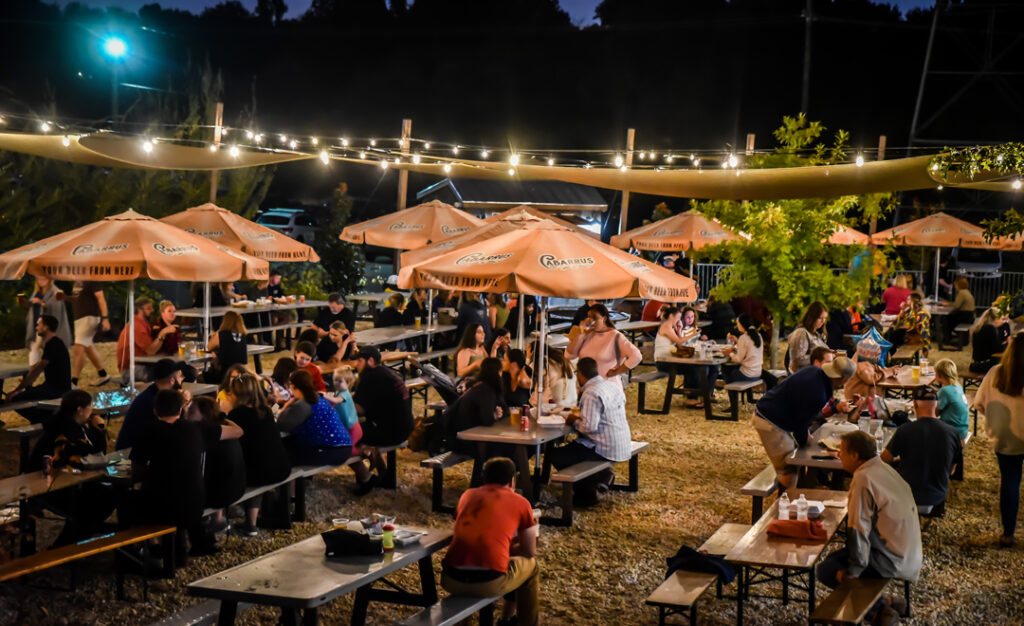 It was a love of community and craft beer that led to the creation of this brewery. Cabarrus Brewing Company brews a combination of flagship and small-batch brews like Boll Weevil Brown, Cabarrus Cotton and Mule Spinner Stout, which are served in the textile mill-turned-taphouse in Concord. Plus, enjoy the beer garden and a full menu of in-house eats from The Kitchen at CBC. 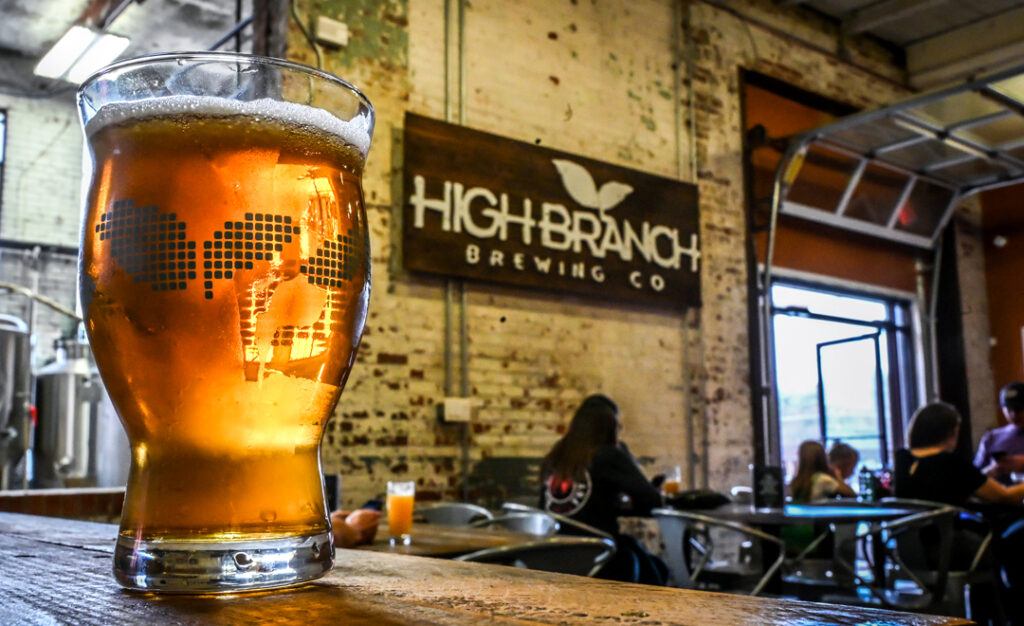 Historic Gibson Mill, once a bustling textile mill, is the home of High Branch Brewing Company. Located inside developing food hall Gibson Mill Market, the family-owned brewery opened in 2015 and has earned accolades for its Belgian-inspired, hop-forward beers like Ghosted Hazy IPA, Pounder Hazy Pale Ale and Sure Oatmeal Stout. 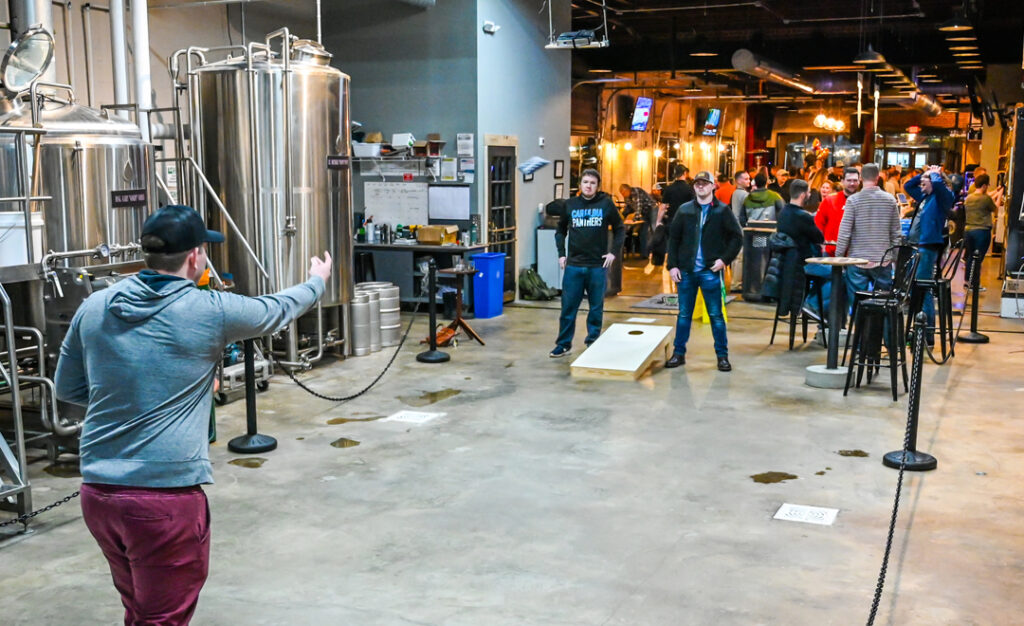 From the military memorabilia on the walls to beers with names like Sgt. Poppy, Tacti-Cool and Oh Dark Thirty, it’s clear that Old Armor Beer Company honors those in uniform, both currently and formerly. The veteran-owned and -operated brewery is known for its imperial stouts, Belgian tripel, Kolsch and other German- and Belgian-style beers. You’ll also find a few of Old Armor’s brews on tap at Cabarrus County’s first cidery — just head through the adjoining door. 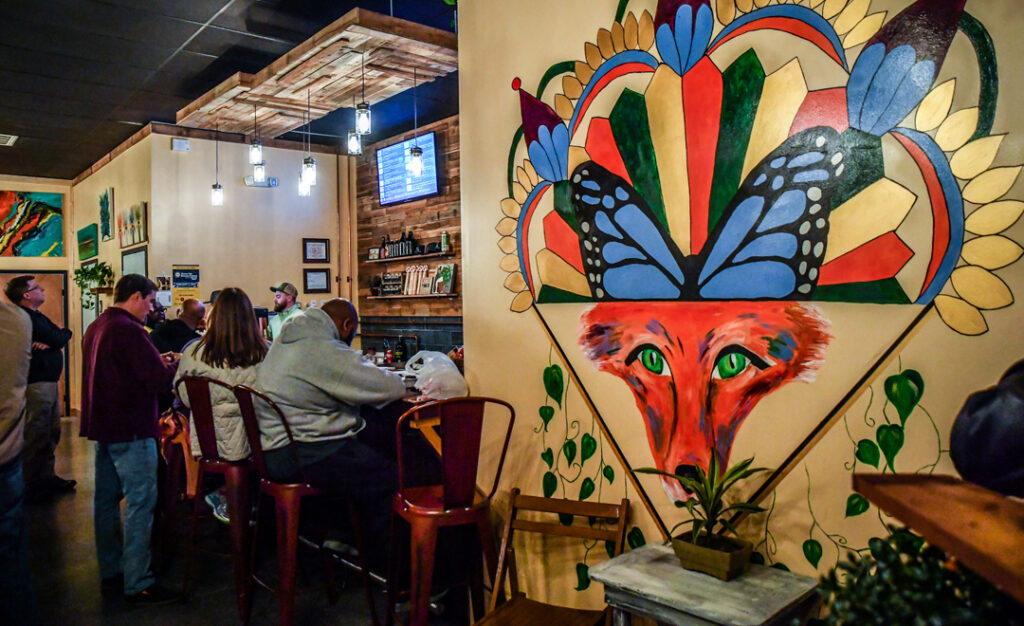 Harrisburg celebrated the arrival of its first brewery when Percent Tap House opened in 2018. The craft beers include a rotating selection of sours, stouts, IPAs and pale ales, all brewed in the single-barrel brewery in the Harrisburg Town Center. The brewery also features other beverages, such as wine, cider and cocktails. 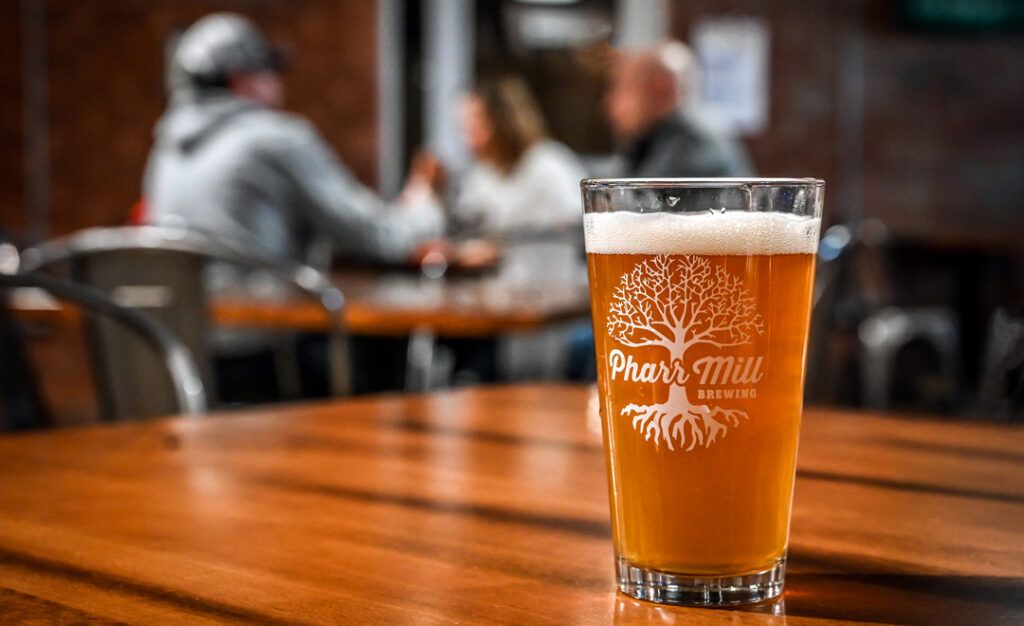 Farmers once traveled to Pharr Mill to purchase freshly milled grain for their livestock. The old mill was reimagined as Pharr Mill Brewing, a craft brewery that makes hoppy ales, stouts, fruited ales and sours. The Harrisburg brewery also features craft barbecue and has a menu chock-full of Southern favorites, like brisket, pulled pork, baby back ribs, baked beans and mac and cheese. 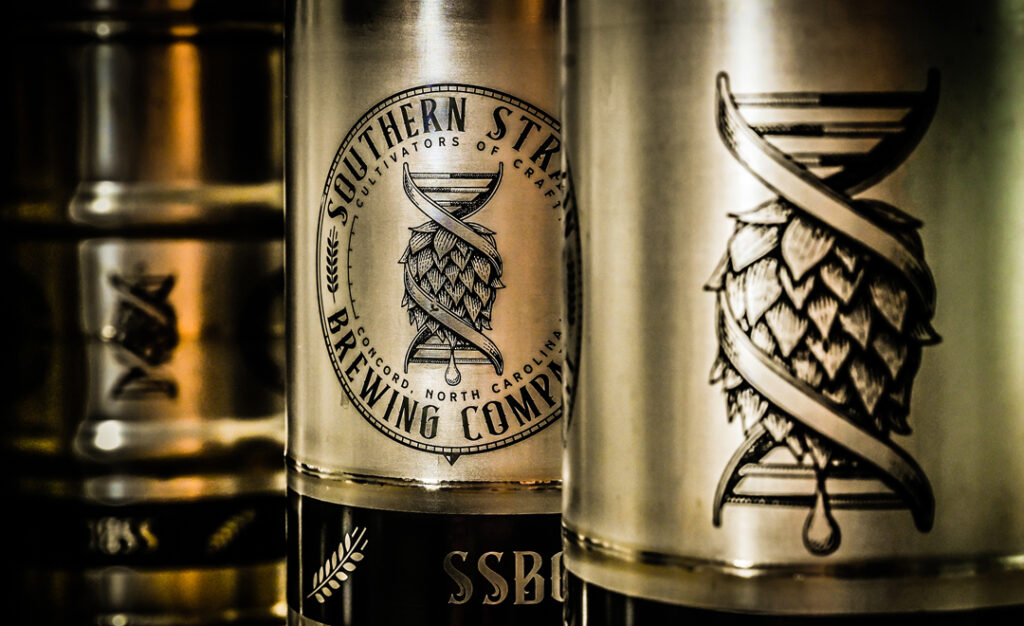 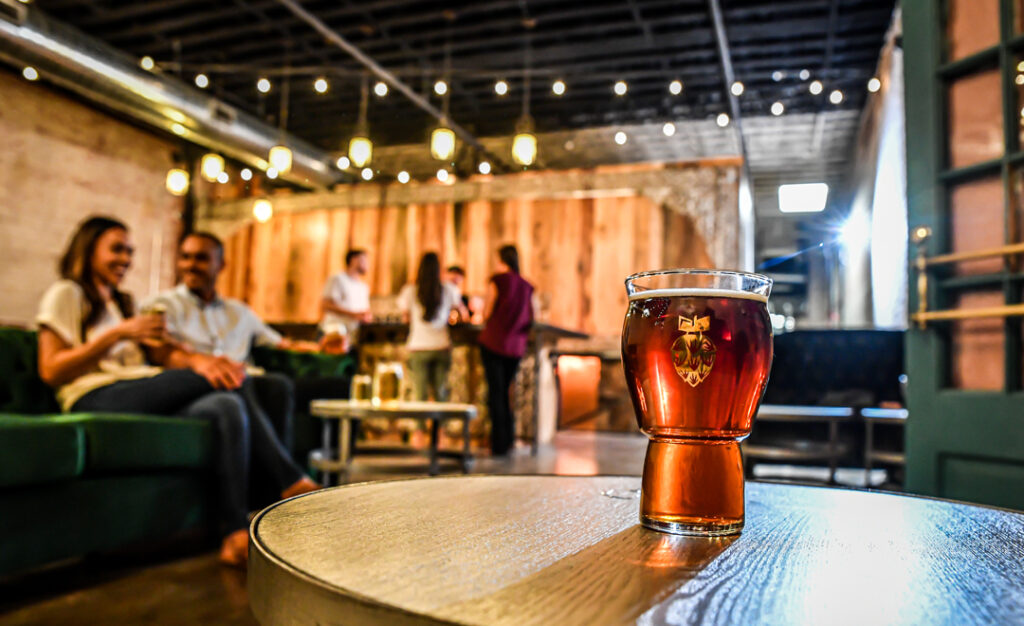 Located alongside Old Armor Beer Company in downtown Kannapolis, Cabarrus County’s first craft cidery celebrated its grand opening in January 2022. The offerings at Tipsy Hare Ciderworks range from sweet to dry and feature flavors like plum, green tea, ginger and more. Sample a variety with a four-cider flight. Relax in the inspiring setting, then head downstairs to try your hand at duckpin bowling. Kingpin Bowling is just steps away. 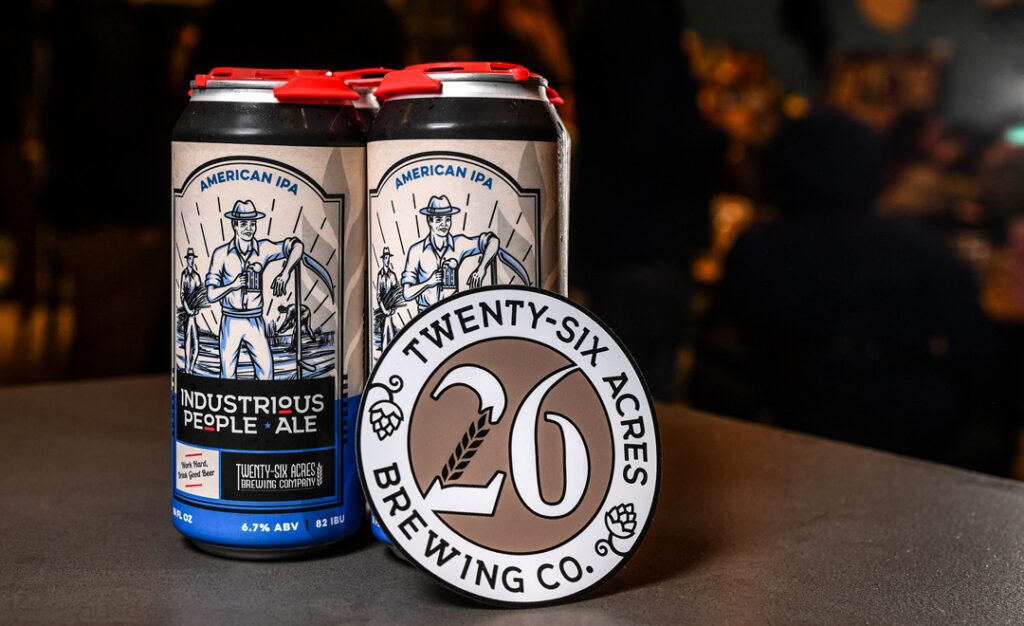 In addition to taproom staples like Corban Ave Honey Blonde and 26 Union Street Oatmeal Stout, Twenty-Six Acres Brewing Company also has a two-barrel system to brew small-batch seasonal brews. The dog-friendly Concord brewery also partners with Pippa’s Cafe and Ace No. 3 to serve a full menu featuring dishes like wings, pasta and wraps that are delivered right to your barstool.

Create Your Own Craft Beer & Cider Tour of Cabarrus

These places to enjoy a drink all feature their own lineup of weekly happenings and special events, so be sure to check their websites and social media for the latest details. Now that you have the full pour on the area’s must-try breweries and cidery, all that’s left is lodging. Use this list of places to stay throughout Cabarrus County and book your trip now!